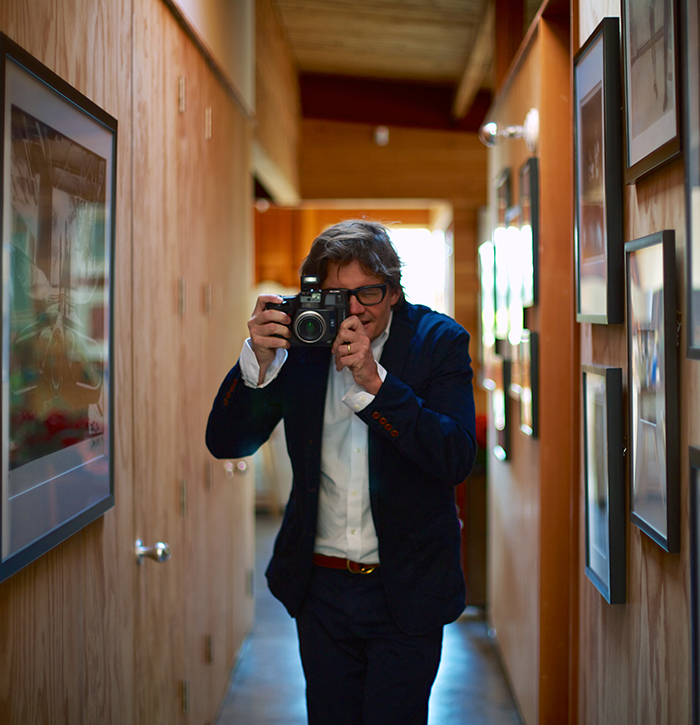 DEWEY NICKS was born in St. Louis, the gateway to the West, as the son of an advertising man. During family vacations to Hollywood as a child, he became intoxicated with its glamour and eccentricity. His love of fine arts finally drew him to California to study photography at the Art Center College of Design in Pasadena.

Since 1986, he has been working as a professional fashion and commercial photographer. His talent, combined with a deep well of enthusiasm, has landed his work in magazines such as Vogue, W, and GQ among many others. He has also created classic advertising images for clients including Tommy Hilfiger, Guess, and Polo.

In 1995, Nicks added Commercial Direction to his resume. An Ameritrade spot in 1999 garnered him the U.S. Comedy Arts Festival Award for “The World’s Funniest Commercial.” That same year he became a Director’s Guild nominee for outstanding directorial achievement in television commercials.

His reputation as a top fashion photographer and skilled commercial director have made him uniquely qualified to shoot both print and television spots for clients such as Tommy Hilfiger, Hugo Boss, Quiksilver, and Unionbay.

In 2000 Greybull Press published Kustom, Nicks’ first book of photographs inspired by the very ideals and unique expression that originally attracted him to California.

Constantly looking to broaden his horizons, Nicks moved into filmmaking. His documentary short Hell House premiered at Slamdance and had its New York debut at the Museum of Modern Art. In 2002 he directed his first feature film, Slackers starring Jason Schwartzman, James King, Devon Sawa, and Laura Prepon.

Versatile and talented, Dewey Nicks will be shaping popular culture for years to come. Grounded by his mid-western roots, Nicks’ body of work combines an authentic visual sense with a great knowledge of the arts to convey his pragmatic understanding of the zeitgeist of contemporary America.